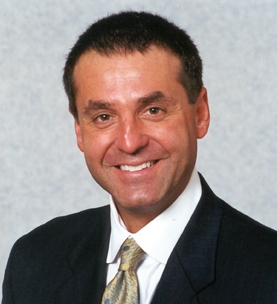 Kris Nicholoff started a path toward a half-million dollars by washing cars and selling candy bars.

“It was a one-day deal,” said Nicholoff of one of his earliest fundraisers for Lansing area kids.  “We made about $100.”

Although small, that effort launched the revitalization of sports and recreation programs to benefit inner-city youth.

Since 1991, Nicholoff’s Lansing Youth and Recreation Fund (LYRF) has raised and donated more than $500,00 to sponsor programs critical in Lansing’s neighborhoods.

“More than ever, kids need things to do that get them outside, into the fresh air, and out from in front of the TV or computer,” said this year’s recipient of the Richard Letts Community Service Award.  “When I saw those opportunities weren’t there in Lansing because of budget constraints, I felt an obligation to help.”

That obligation resulted in the restoration of many park-based arts. crafts, sports and special event programs.  It resulted in the reinstatement of intramural sports in many Lansing middle schools.  And it resulted in broad-based interest. corporate donations, and a slew of new initiatives for urban kids.

“My feeling in starting this whole thing was simply to lead by example,” said Nicholoff.  “I’m just trying to draw attention to issues and to see if others pick up on them.  I’ve never tried to be the person who could do it all.”

Parks and recreation programs hold special sentiments to Nicholoff, now director of Governmental Affairs, Community Relations, and Public Policy for the Michigan Dental Association.  Growing up in the Old Oakland neighborhood, he passed the long summer days at West Side park, engaged in a multitude of arts, crafts, and sports activities then available through the city.

“We took field trips to museums and zoos, had cook-outs, and played plain old sports like baseball, basketball and horse shoes,” he reminisced.  “I have a lot of good memories that shape how I feel today.”

That remembrance of things past kept Nicholoff in Lansing, and kept him conscious of changes in his favorite stomping grounds.

“I remember coming home right after I graduated college and jogging through the park one day,” he said.  “No one was shooting baskets, no one was out there playing.  It just didn’t seem right when there used to be so much going on.”

For Nicholoff, that post-collegiate run was the start of his fund-raising crusade and the birth of the LYRF.  Local and statewide corporations soon jumped in to help, and by 1993, LYRF expanded its efforts from the parks to the middle schools, bringing back sports activities to more than 700 kids on an annual basis.  That same year heralded the four-year reign of the Magic Golf Classic-an LYRF benefit sponsored by Earvin Johnson and attended by prominent celebrities.

Nicholoff hopes to fund a new program annually through the LYRF.  Last year, he worked with local residents to bring hockey programs to underprivileged kids.  The year before, he helped institute an annual golf program for at-risk youngsters.  In the next few years, he hoped to start a series of camps, field trips, or visits to Michigan college campuses for teens.

“I guess I’ve always felt the need to put something back,” said Nicholoff.  “It’s all part of this circle of a good neighborhood means good housing, good parks and good schools.  One helps the other.  And we’re here to help them.”